Purpose: The purpose of this study was to examine the human resource capacity of the Head of Personnel Subdivision in the Organization of the Scope of the Malaka Regency Government, to find out supporting factors and constraints of the Human Resources Capacity its function and to find out the efforts taken by the Organization of the Regional Government of the Malaka Regency in increasing the capacity of Human Resources Head of Personnel Sub Division. Research methodology: The research method used in research was qualitative research methods with the type of case studies. Results: This study’s results are that human resource capacity is inadequate due to the low educational qualifications held by the Head of Personnel Sub-division within the scope of the Malaka district government. Limitation: This study’s limitation is that this research only focuses on the phenomena in the Malaka Regency so that the results of similar research can produce different findings if carried out on other research objects. Contribution: This research’s contribution is that it can provide scientific information for students of public administration programs and can be a scientific reference in the formulation and development of civil service innovations within the local government of Malaka Regency. Keywords: Capacity, Regional apparatus organization
15-28
Oliva Bria Seran, M. N. B. C. Neolaka, Frans Gana
View PDF
126 views | 34 downloads

Relevance of youth representation through political proportions in Uganda

Purpose: This study discusses the relevance of proportions of youth representatives in the governance of Uganda Research Methodology: The central approach for this article was a desk review of obtainable works on youth representation in Uganda and other parts of the world Results: The outcomes suggest that the political interests considered as youth interests remain a big challenge and are hard to separate from other interests and are often considered public interests. As a consequence, proportions are one of the means to reimbursing for obstacles against the youths (and other marginalised groups) as well as an incentive towards their role in both politics and the national economy, which aim to achieve a degree of age-based parity in political statistics and as an element of democratisation processes. Thus, considering this method in relation to representational and expressive representatives who symbolise a unique constituency is necessary. Limitations: This study's main limitation is that much of the issues raised are limited to Uganda and may not be generalized across other countries with different political environments. Contribution: This study is relevant to Public Administration and political science seeing that youth functional roles remain loose in poise since what is represented is reliant on diverse stakeholders whose interests are not static. Keywords: Youth, Representation, Political proportion, Democracy
29-41
David Mwesigwa, Khalid Abdul Wahid
View PDF
54 views | 55 downloads

Accountability: a necessity to pro-poor service delivery in Municipal Councils in Uganda

Purpose: The purpose of this paper is to critically assess the challenges that were faced by trans-border truck drivers within the East African Community as a result of the Covid-19 pandemic and its management protocols. Research methodology: While adopting the qualitative research method, this paper has used documents including documented interviews and virtual sources for its data. The data have been analyzed using qualitative content analysis through which themes have been generated for discussions. Results: The EAC member countries should continue to harmonize their health standardization to enable them to enjoy the pursuit and use of OSBP even during pandemics. Limitations: This paper, however, is limited to the long-distance truck drivers and the management of Covid-19 within the East African Community and does not cover other aspects of Coordinated Border Management in the region. Contribution: It provides valuable contributions to the need for harmonization and standardization of operations and health measures within the community as a long-term solution to the challenges of coordinated border management within the community in the face of future pandemics and readiness for the single market regime. Keywords: Truckers, Coordinated border management, Covid-19, East African Community, Relay driving
55-67
Calvince Omondi Barack, Gerishon Barack Munga
View PDF
31 views | 11 downloads

Purpose: Despite the economic importance of rural transportation, it is often being neglected. This study is aimed at identifying the challenges of rural transportation in the Soba Local Government Area to recommend measures for tackling them. Research methodology:  Both interview and observation methods were applied in data collection and purposive sampling was adopted in choosing rural areas covered by the study. However, 140 interviewees were asked from five areas chosen. The interviewees were transporters, commuters and other stakeholders in rural transportation. Descriptive and inferential techniques were used in data analysis. Results: The results revealed that road conditions were in a deplorable state, about 39% of interviewees considered them bad and only 25% said they were good. About 43% of the interviewees said transport fare was expensive. About 41% of vehicles used were in bad shape, 84% of the interviewees said passengers often spend more than 30 minutes to get a vehicle. The result also showed that there was a significant relationship between good transportation network and economic development. Limitations: The scope of the study should have been wider to cover the whole eleven political wards of the local government area. The sampling method used might not necessarily give a true reflection of what happens.  Contribution: Rural transport contributes immensely to the development of the world. It creates jobs, access to markets and infrastructure. This study is consistent with Sustainable Development Goals (SDGs) goal 9 and 11. Which are aimed at building resilient infrastructure and settlements. Keywords: Local, Government, Area, Rural, Transportation
69-82
Abdulkadir Muhammed Yahaya, Hajara Salahudeen, Dauda Zubairu
View PDF
45 views | 11 downloads 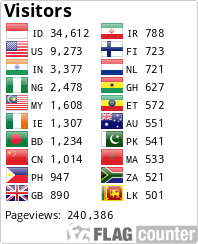